Korean Pork Belly also known as samgyeopsal, is a must at Korean BBQ! The samgyeopsal is usually dipped in ssamjanng (fermented bean paste mixed with red pepper paste) or sesame oil with salt and pepper. Personally, we love dipping in sesame oil. This is not a recipe (sauces and marinades are not required) per say, but hoping that I can introduce you to different Korean BBQ meats 🙂

The pork belly is not super complicated and mild in flavor. In general, samgyeopsal is not marinated. However, I have found that the light marinade gives the pork belly great flavor and the alcohol in the meat helps tenderize the pork belly. The ginger is added to cut down on the gaminess of the meat. Before bbq, make sure to take the ginger pieces off to prevent burning.

For every 1 pound of pork belly, add

I recommend to wash the pork belly to get rid of any gaminess and refrigerator/frozen smell. After rinsing under running water a few times, you can marinate with salt, pepper, cooking wine, and ginger. Marinate overnight! Before you grill or pan-fry the pork belly, take out the ginger pieces or else the ginger will burn when you grill the pork belly.

For the traditional Korean way of grilling, you will sear the pork belly on both sides. Once seared, you will cut the meat with scissors in smaller pieces. Make sure you grill on all sides for a nice charred flavor! Alternatively, you can cut the pork belly in pieces after your grill.

If you have kimchi on hand, I highly recommend that after grilling your pork belly, you grill the kimchi as well! Throw away the excess oil but still use the same pan and grill your kimchi until its cooked!

HOW TO MAKE THE SAUCES

There’s no magic sesame oil sauce formula. Its up to your taste preference! Add chunky salt, pepper, and sesame oil in a bowl. Then, garnish with sesame seeds.

Mix all the ingredients to create a ssamjang! Add a little bit of sauce to your pork belly and wrap it with lettuce, garlic, & picked radish for the ultimate bite!

Sides to go with Samgeopsal

Want to know how to make the ultimate korean bbq feast? More Kbbq posts/videos (like the korean soup) coming in the next few weeks!

see side bar for email signup! 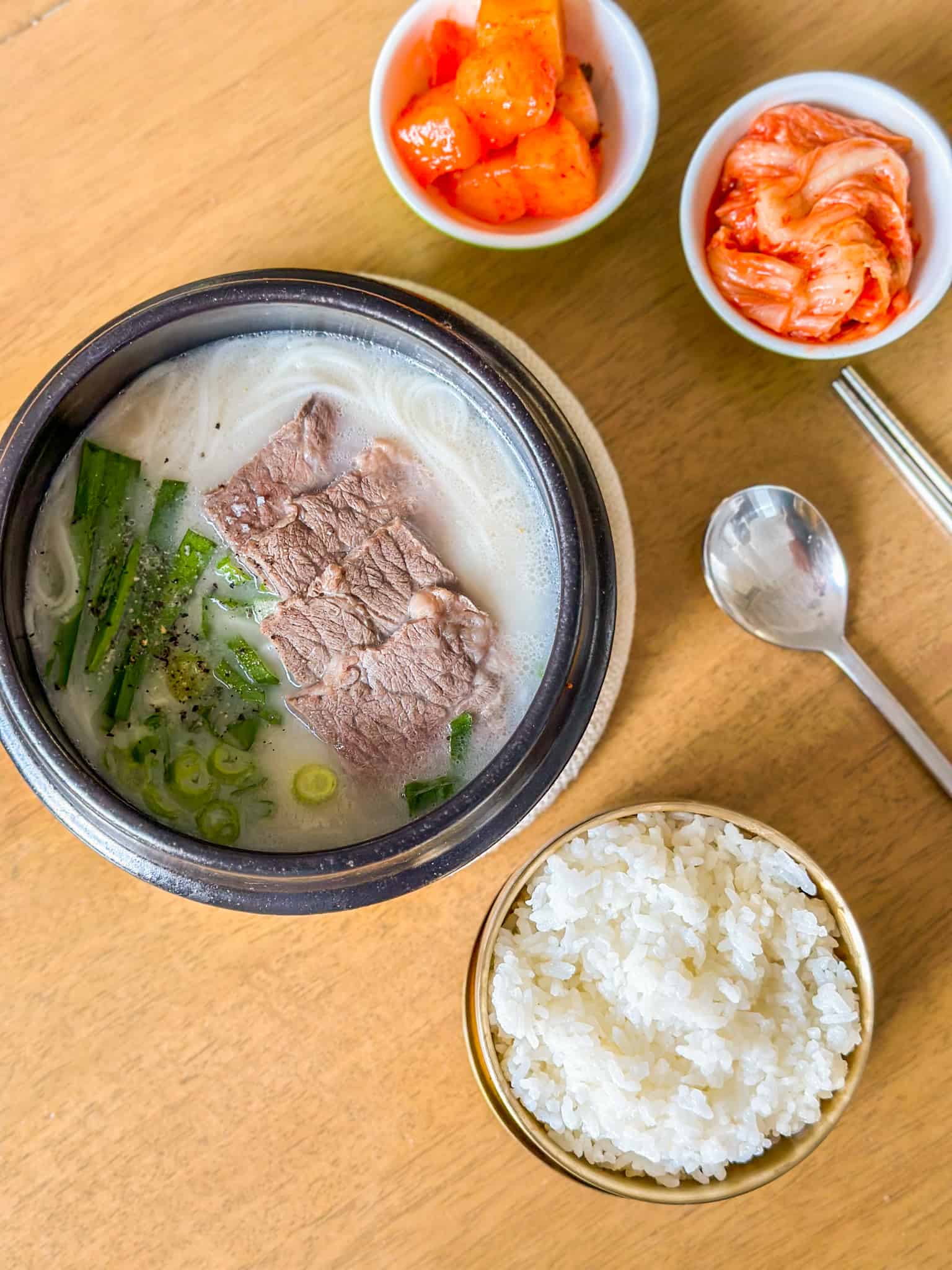 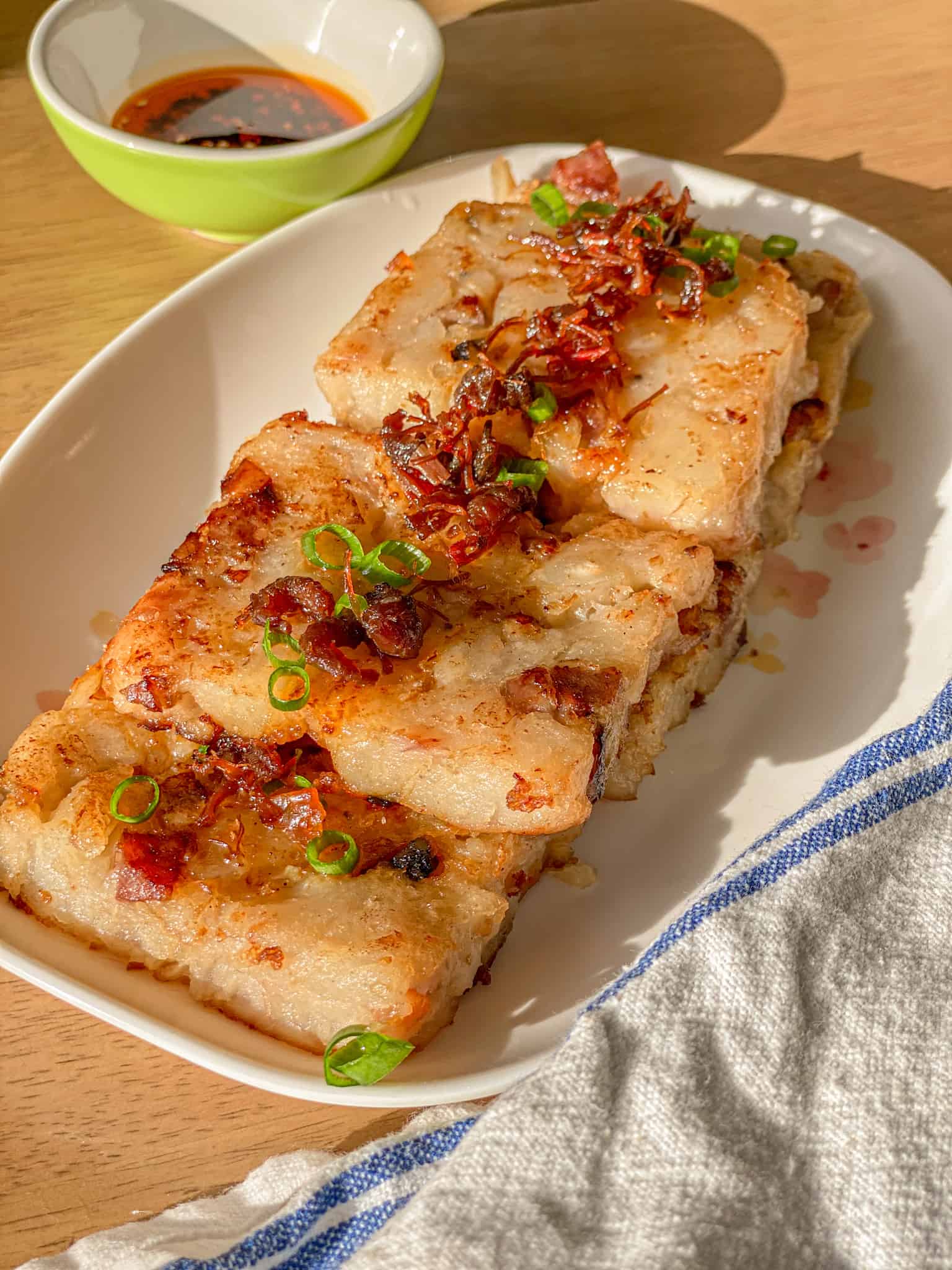 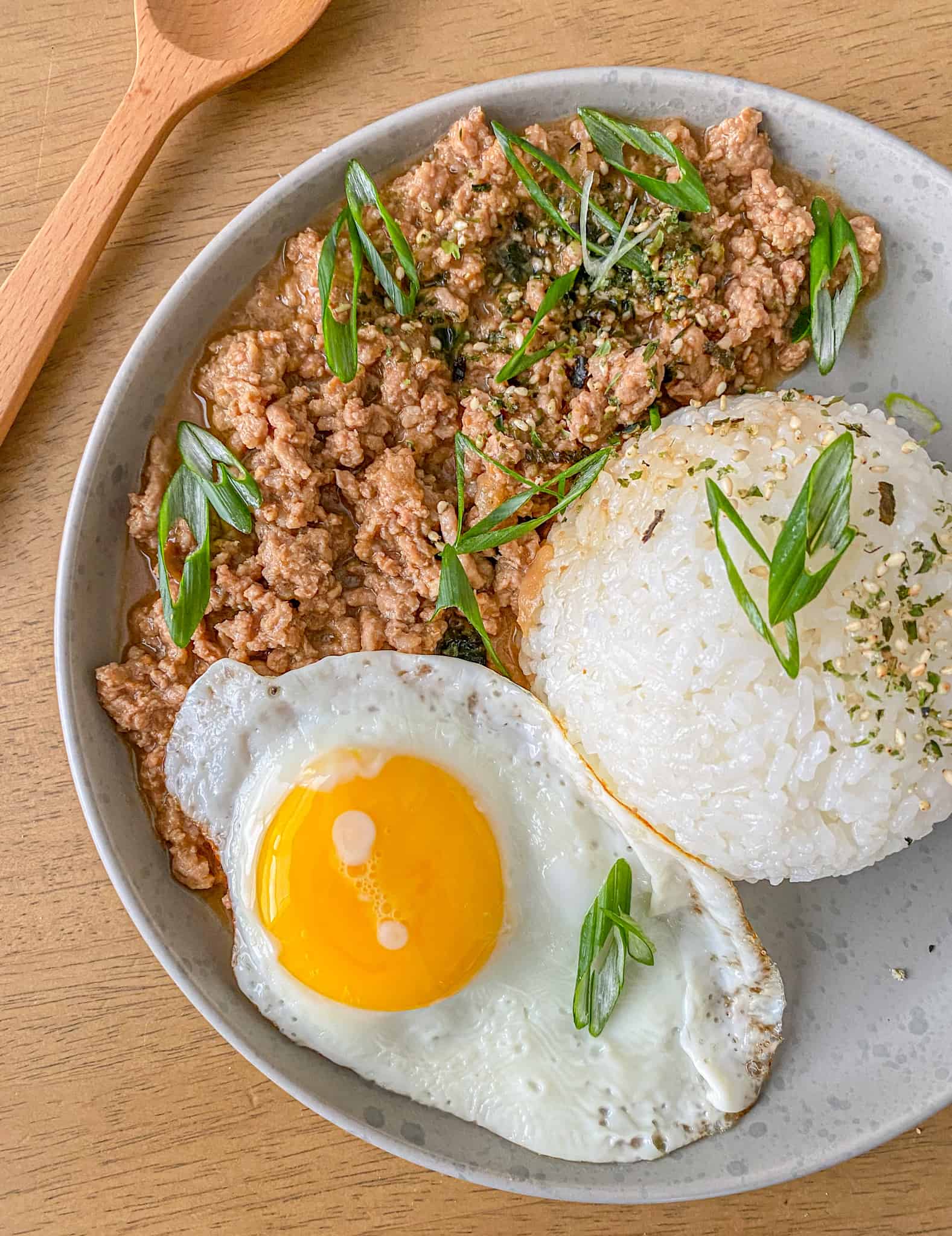 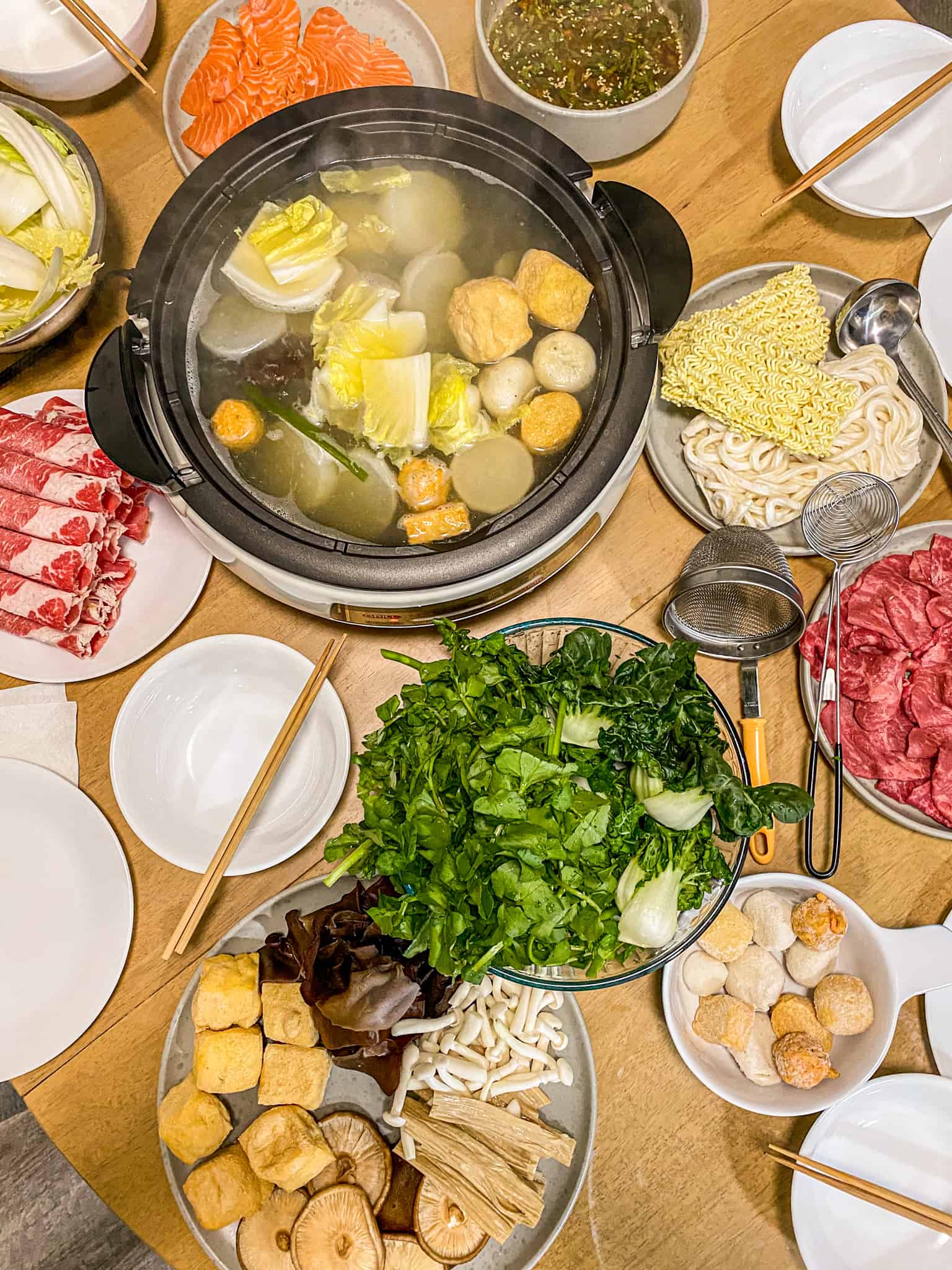 Hi there, I'm Dana and I create Asian recipes that are yummy and easy for everyone to make! I hope my food reminds you of a little taste of home.

Sign up & never miss a recipe from cook with dana! 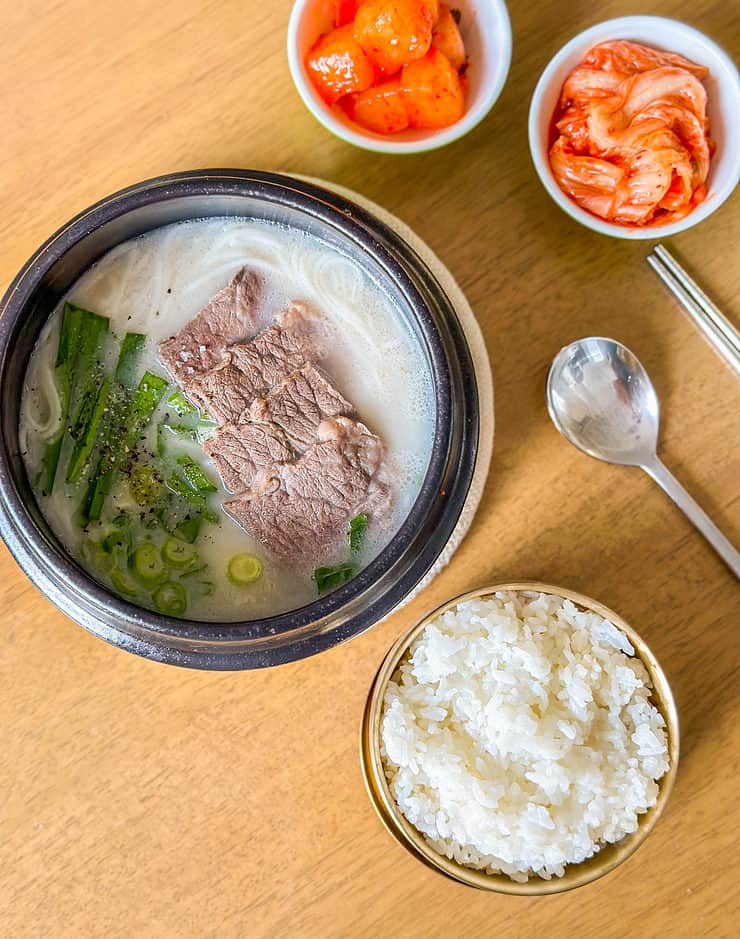 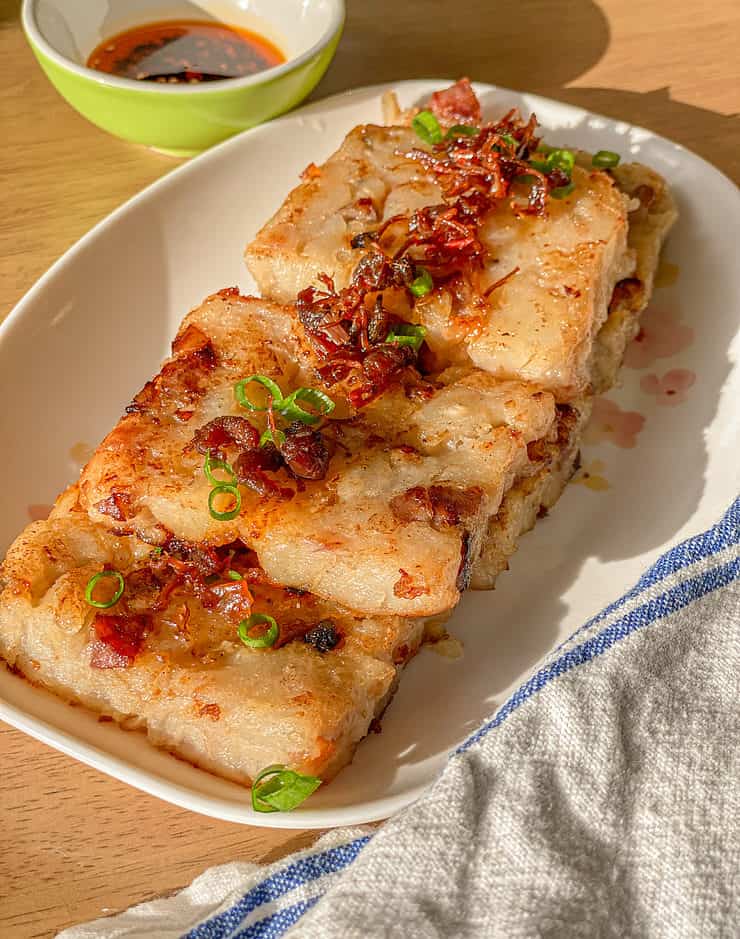 Wishing you luck, health and prosperity with this

This egg drop soup is inspired by my parent’s Ch